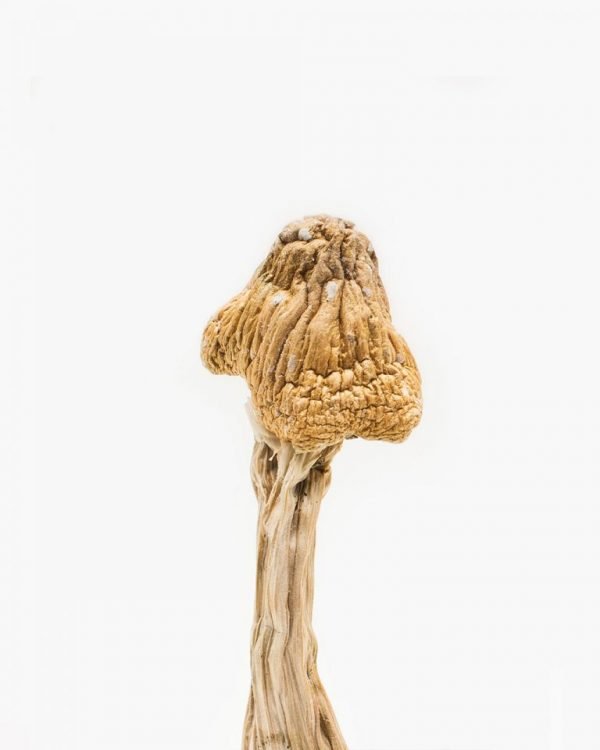 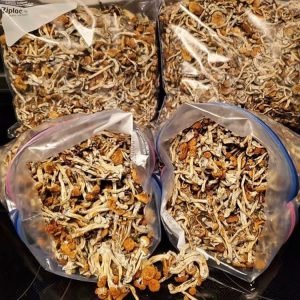 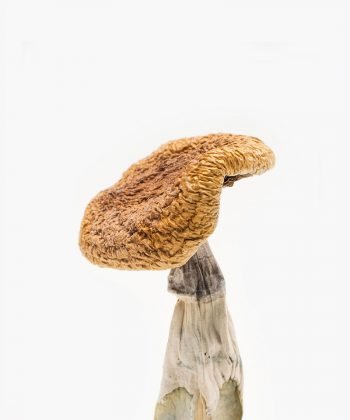 Psilocybe azurescens mushrooms are native to the pacific nw area of the USA, and are spread through countries in Europe. It grows from northern Oregon along the coast up to Canada. It’s a very popular mushroom for hunting in the fall months and typically fruits in that region of the USA from mid October into early January depending on when the first hard freeze comes. The Azurescen mushrooms has a unique shape and is nick named “flying saucers” due to it’s classic UFO shape. Textbooks such as Paul Stamets Psilocybin Mushrooms of the World say it has been analyzed to have the highest concentrations of psilocybin and psilocin, almost 3X as much as cubensis. The only other psilocybe mushroom to have been analyzed to have higher concentrations of psilocybin is the psilocybe subaeruginosa.

The mushroom is a cold weather mushroom that grows in temperature ranges below 40F in nature. Even for spores to germinate, the temps need to be down around the 50F-55F range for 1 to 2 weeks to start the life cycle in nature. However spawn runs have been published as high as 75F but spore germination and fruiting temperatures are always much lower. This is typical of most wood loving cold weather psilocybe mushrooms. Once the first hard frost comes then the mycelium stops sending up mushrooms. Very typical of wood loving edible mushrooms as well. In nature, the azurescen typically grows on fast decomposing hardwoods, and does best on alder wood. This species has been found growing on many other hardwoods as well. I’ve hardly read any reports of people fruiting these indoors. Most people just establish patches outdoors and they take anywhere from 8-16 months to establish and fruit. Then each year they add more small wood chips to the patch and the patch continues to thrive year after year.

Many mushroom hunters  tend to dig up patches they find in nature and move them to other locations to get a new patch started. This is a very quick way of establishing a mushroom patch with many species.  The psilocybe Azurescen’s also grow attached to sea grass along the sea shore around the north Oregon and southern Washington coast. The sea grass is high in tryptamine which psilcocybe mushrooms convert to psilocybin. This is one reason why species that grow on clumps of grass like the psilocybe semilanceata’s are always highly active.

Be the first to review “Psilocybe azurescens for sale” Cancel reply