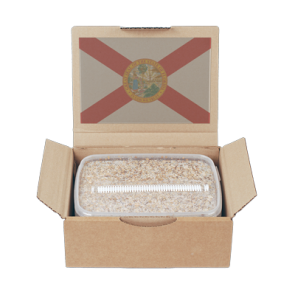 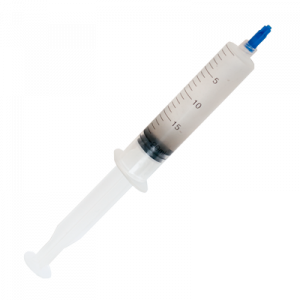 The Mckennaii cubensis spores are named after the famous psychonaut and researcher Terrence McKennaii. The exact origin form this strain is unknown. The Mckennaii grows wild hand-shaped mycelium knots, with lots of medium sizes mushrooms. Caps are brown and can grow small or wide. The Mckennaii is a highly potent mushroom when grown in the right conditions.

The spores are available in vials and syringes.

ckennaii 20cc magic mushroom spore syringes are produced under sterile conditions and should be kept dark and refrigerated (2-8°C) to increase the shelf life of the cubensis spores.

The Mckennaii cubensis spores are dissolved in a specially developed organic solution to promote the quality of the spores.

Compared to water based spore solutions;  you will get larger yields, stronger mycelium and faster colonization because of this special spore solution.

Why these syringes are better than other spore syringes

How to use the Mckennaii spore syringe

To proceed from here, there are several methods to choose from:

Dropping the spore solution onto the substrate

After having prepared your own substrate or cakes you can drop the Mckennaii spore solution directly from the syringe onto these. Press the plunger slowly so that drops of spore solution will come out of the needle. Every drop that will be in contact with the substrate will be a potential mycelium growth point, so spread out these drops all over the substrate to evenly colonize the substrate with mycelium.

How many cakes can you make with spore syringe?

The differences in phenotype can be seen with the naked eye, but the true beauty lies under the microscope. The wondrous world of the spores. Many of our customers are scientists or enthusiasts, doing research on these differences in a homemade laboratory. After having prepared your microscope slide, drop some of the Mckennaii spore solution on it. Cover the specimen with a microscope covering glass. The best magnification for Psilocybe cubensis and Panaeolus cyanescens spore research is a magnification of 1000x or higher.

How to store a spore syringe

The Mckennaii spore syringe should be stored refrigerated in a temperature between 2°C – 8°C or 35°F – 46°F. The shelf life of the spore syringe is at least 12 months after they leave our warehouse.