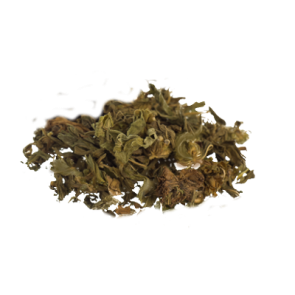 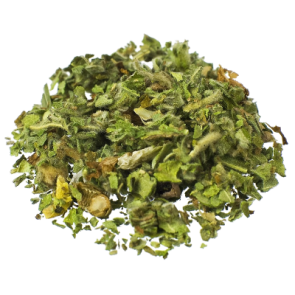 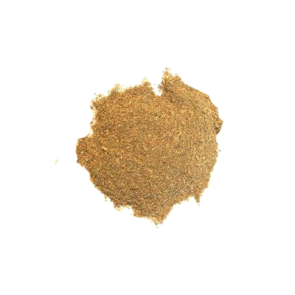 Klip Dagga (Leonotis Nepetifolia) is closely related to Leonotis Leonorus, better known as Wild Dagga or Lion’s Tail. As in Wild Dagga, the most important active compound in Klip Dagga is the alkaloid leonurine. Leonurine relaxes the nervous system and has calming, mildly euphoric effects. For this reason, Klip Dagga is similar to cannabis, although it’s not quite as strong.

Use of Klip Dagga

You can use these Klip Dagga leaves to brew a tea. Use approximately 5 grams of Klip Dagga for one cup. Seep the leaves in hot water for a few minutes. Add honey to taste.

Klip Dagga also lends itself for smoking. Some people use it to replace tobacco in joints with cannabis.

Klip Dagga or Leonotis Nepetifolia is part of the lamiaceae or mint family, just like mint, thyme and rosemary. It can originally be found in tropical Africa and the south of India. Nowadays the flower is also abundant in Latin America and the Caribbean. In Caribbean folk medicine, Klip Dagga is a very popular plant. In Mexico, Klip Dagga is referred to as mota. Mota is also used here to designate cannabis, which suggests that Klip Dagga was once smoked as a tobacco substitute.

Herbs of the Gods have collected high quality herbs since 1999. They have a selection of relaxing, stimulating and psychoactive herbs, that can be consumed by eating, drinking in teas or with a vaporizer.